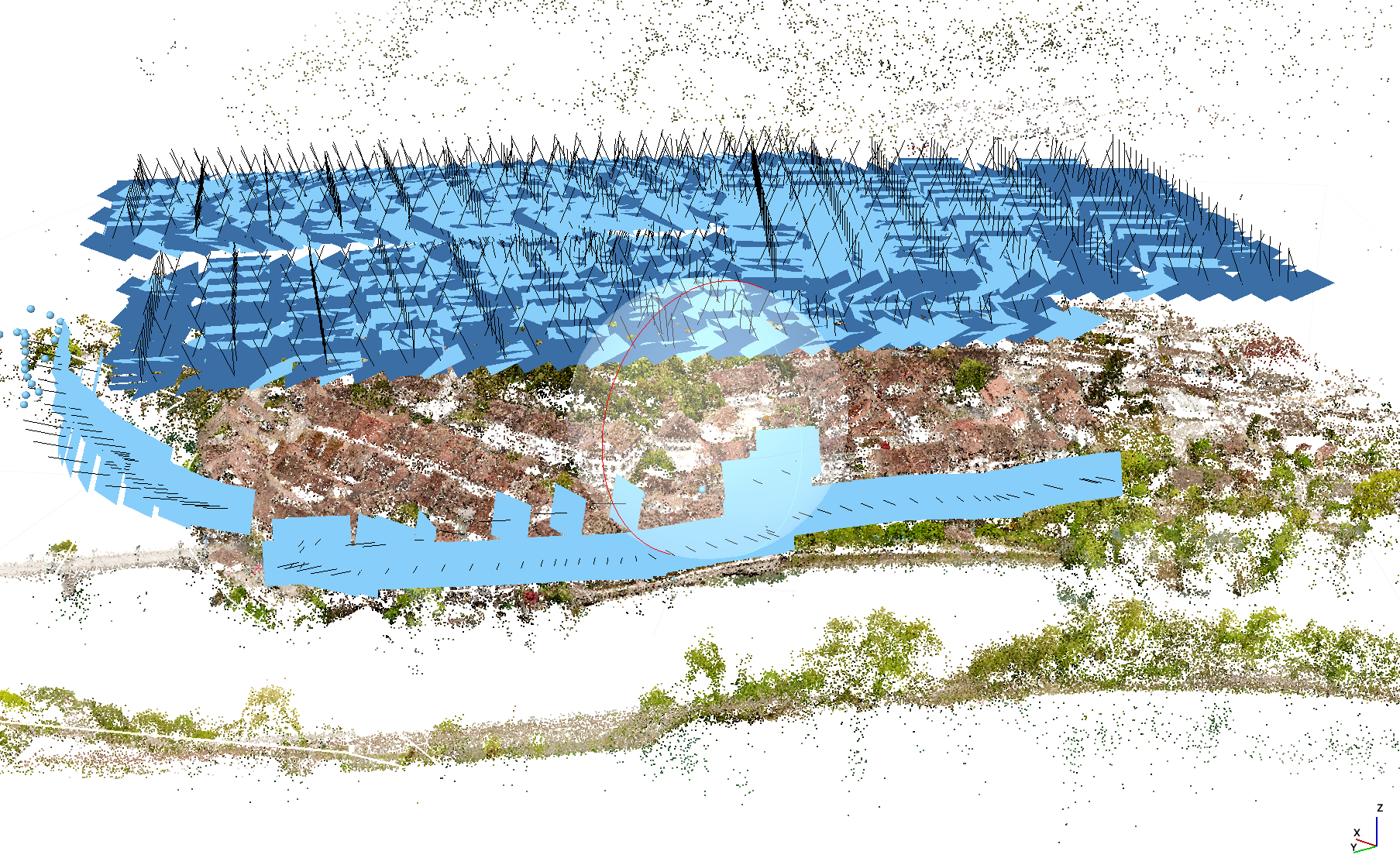 Aerial photogrammetry combines my hobby photography with the work I do at the Department of Geography of the University of Zürich, namely 3d remote sensing, mostly by the means of laser scanning.

Small, modern UAVs (unmanned aerial vehicles, aka drones) have cameras that are not better than those of today’s cellphones, but 3d mapping becomes possible when combining hundreds or thousands of those images with powerful software that uses common points between different images to infer distance information.

In fact, a Swiss company called Pix4D has quickly emerged to become one of the leaders in making aerial photogrammetry accessible for larger groups of people, by providing both the software for flight planning and control, i.e. for taking the pictures (pix4dcapture) and a software to process this data stream of images and initial locations into georeferenced 3d information in the form of point clouds, meshes and elevation models.

After I formally applied for a license to fly a drone over the settlement area of Laufenburg, I used one of the few nice days in May this year to capture about 1500 aerial images in about an hour. Flying altitude was about 100 m above ground (note that the legal upper limit is 150m).

I processed the images using a tool called Agisoft Metashape (previously Photoscan) into a 3d point cloud, which you can find here: